Kindling the “narrative imagination”, a concept developed by Martha Nussbaum, is one of the several ways in which a study in law, literature and popular culture can educate a law student in particular. It allows the student to experience the journey of an intelligent reader or viewer and put themselves in the shoes of another –such experience in turn can have a significant long-term impact on the student’s ability to develop the necessary perspective, understanding and empathy that are essential for the lawmaker, interpreter, or the bringer of change that the student would transform into in the days to come. If one is to believe in Oscar Wilde’s proclamation about ‘life imitating art’, then it appears to be more than feasible to appeal to the student’s literary imagination in order for them to gain a sense of empathy towards the experience of those whose lives might be far removed otherwise from the student. Without the influence of aesthetics on legal education and formulation of legal concepts, law may end up losing much of its ability to convince others to follow its principles –the multitude of images, experiences, symbolism and metaphor that literature and popular culture often end up providing to the law student the essential perspectives and contents that might in turn have an impact on their choices in life, capacity to form moral judgment, and establishing a foundation on which their subsequent understanding of legal principles would be based. Any expression of culture that relies upon imagery and narrative, be it literature, films, plays, poetry, performance-based art, can therefore be an integral component of legal education, at least to the extent it might be able to improve upon the cold abstractions of law by providing the much-needed ethical dimensions and empathic reaction to the problems faced by those whose behavior and actions such law is meant to regulate. 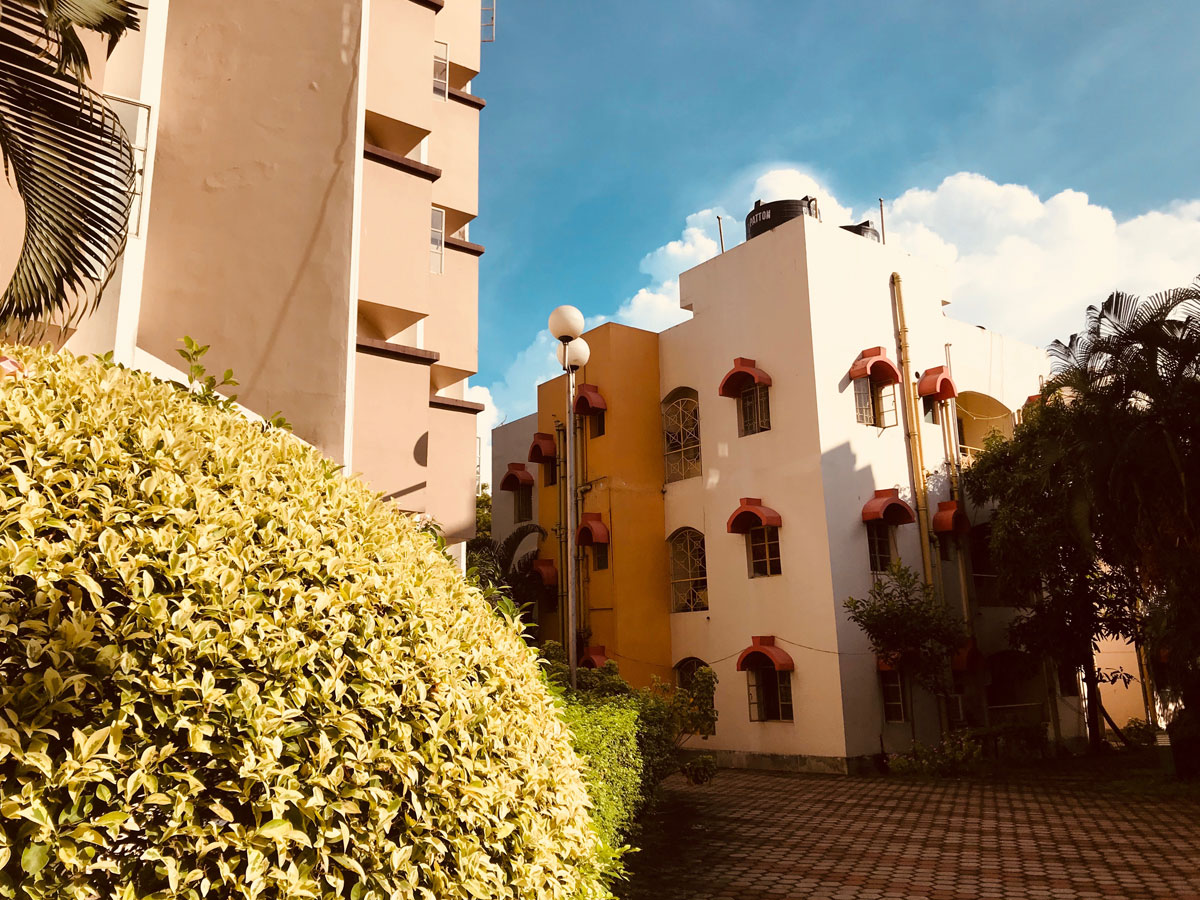 The western notions of law and literature and the interface between the two disciplines have assumed many a myriad form over the years, with scholarly reviews of the portrayal of contemporary legal systems in the classical works by Shakespeare and Dickens, Cardozo’s analysis of the literary nature of judicial opinions, Wigmore’s prescription of teaching lawyers about the human nature through literature, James Boyd White’s ‘legal imagination’, Milner Ball’s argument about comparing trials with plays, creative descriptions of real-life trials and legal developments and other similar examples. Comparatively, there has been less focus so far on studying the various facets of such an interface when it comes to eastern and particularly Indian literature, or the various Indian judicial decisions for that matter including the works of stalwarts such as Justice V.R. Krishna Iyer and others, a lacuna that also need to be addressed at the soonest opportunity available.
Insofar as popular culture and the interface of law with the same is concerned, the exponential increase in the pervasive presence of films, televised shows, and other imaginative video portrayals in our daily lives, and the porous wall between such popular culture and notions of law in general that allow for considerable traffic back and forth, may render such studies fascinating too. As Michael Asimow says, in shaping the notions of law in the minds of the mass, popular culture often ends up playing the dual roles of a mirror and a lamp both, reflecting dominant ideologies of the society on the one hand albeit with varying degrees of distortion, as well as serving as highly useful instruments of teaching.

It is to explore, understand, analyse and critique such relationships and interface that a Centre for Law, Literature and Popular Culture is being proposed by the undersigned to be established at The West Bengal National University of Juridical Sciences. The Centre would inter alia delve into inter-disciplinary research and build bridges across disciplines including critical theory and law, pursue a range of creative collaborations with other institutes, conduct both general and specific research about a range of fundamental questions pertaining to law, literature and expressions in popular culture, look into their respective socio-cultural significance, and initiate much-needed debates about the academic and scientific reflection on the content, processes, and mode of articulation when it comes to the normative and aesthetic underpinnings of legal principles. The Centre would over time also consider how to develop such research into practically applicable tools of legal education and pedagogy, and disseminating various implementation ideas about such tools across other educational institutions too. Various focused courses including certificate courses and diplomas relating to the core areas of research of the Centre would also be developed and offered in due course. Creating a popular platform and forum for exchange of scholarship and intellectual creative output of researchers and academicians working on similar ideas is yet another proposed objective of the Centre. To this end, conducting regular seminars, conferences and workshops, and focusing on quality research output in the form of projects and publications would also form a part of the proposed activities of the Centre. The Centre would also like to initiate a multilingual web-blog discussing various research ideas and inviting comments about the same. In course of time, the Centre plans to have its own open-access, peer-reviewed journal showcasing quality inter-disciplinary academic research output; however, in the initial stage, it would prefer to publish such research output in various national and international peer-reviewed journals of repute (indexed in the UGC Care List, SCOPUS, ISI, Portico, Ulrichsweb, Google Scholar, Index Copernicus, DOAJ and other databases).
Considering that the university is located in a state and a country renowned for the richness of its indigenous literature and culture, the undersigned is of the opinion that having the Centre explore the full depth of such richness and utilize the same for the benefit of reforming and transforming legal education would be a highly logical and prudent choice. Further, the university has already in the recent past attracted considerable attention on a global level for courses introduced in relation to this field of study, with an elective course titled ‘An Interface between Fantasy Fiction Literature and Law: Special Focus on Rowling’s Potterverse’ having been the subject of media coverage all over the world, including the likes of BBC, The Guardian and print and visual media from over twenty-two countries. Other relevant course such as Film and Law are also being offered at the university in a consistent manner. Keeping all this in mind, extending the scope of such studies and initiatives to conduct further meaningful research and generate related scholarship at the university also appears to be the next logical step to take.
With such goals in mind, the Centre is being established with the aforementioned objectives as the mandate, so as to contribute to the reputation of the university as an emerging leader of legal educational reforms and scholarly research.

Patron of the Centre for Law, Literature and Popular Culture:
Vice-Chancellor, The West Bengal National University of Juridical Sciences

Director of the Centre for Law, Literature and Popular Culture:

The Vice Chancellor may also nominate other faculty members to the positions of members of the Centre. The Centre would also involve student researchers, as well as associates from within and outside the university in furtherance of the series of collaborative activities and research to be undertaken. In particular, people with active knowledge of and interest in various indigenous and classic languages and culture and related research would be encouraged to engage with the Centre on a regular manner.

MODE OF FINANCING AND COLLABORATION

The Centre would work in collaboration with various governmental, non-governmental and academic institutions in pursuit of its objectives. In particular, liaison would be actively sought with literature, comparative literature, and cultural studies departments of various renowned educational institutions within the state of West Bengal (such as Presidency University, Jadavpur University, Calcutta University and others), within India (such as Delhi University, Jawaharlal Nehru University, Benaras Hindu University, University of Mumbai, University of Hyderabad, Tata Institute of Social Sciences, Ashoka University and others), as well as beyond the country (University of Oxford, University of Cambridge, Harvard University, Yale University, Stanford University, Duke University, York University, University of Kent, Hong Kong University, and others). Government departments such as the Ministry of Culture, initiatives such as Indian Literature Abroad, and institutes such as the Indian Council for Cultural Relations, Sahitya Akademi, would be approached for securing funding for studies involving indigenous literature, languages and culture and their various interfaces with the discipline of law. Specifically for studies and research involving indigenous languages prevalent in the various states of India, sponsorship may be sought for from the respective state governments and related departments. Cultural embassies from various countries might also be approached in this regard for funding of projects, dissemination seminars and conferences. For studies involving popular culture and media possibilities of private sponsorship may also be explored. The Centre would also like to develop focused courses including courses delivered in distance education mode, offered to candidates from outside the university, in order to raise the funds necessary for its various activities. State-sponsored schemes such as the Scheme for Promotion of Academic and Research Collaboration would also be given due consideration as potential sources of necessary funds. The alumni of the university might also be approached for both collaborative purposes as well as raising of funds for the various activities of the Centre. At this stage, the Centre does not seek any direct financial support from the university, other than permission to use existing infrastructure and human resources including working hours of the faculty and staff involved.

Seminar, Conference & Workshop
Admissions 2022 - 2023
We use cookies on our website to give you the most relevant experience by remembering your preferences and repeat visits. By clicking “Accept All”, you consent to the use of ALL the cookies. However, you may visit "Cookie Settings" to provide a controlled consent.
Cookie SettingsAccept All
Manage consent